A black and white photograph of Bohnice Theatre Company's CABARET ARTAUD depicting two men wearing trilby hats, their faces highlighted against a dark background. One man is wearing glasses. Both have a serious expression on their faces.

© Photo by: Archive of Studio Citadela

A photograph of Bohnice Theatre Company's CABARET ARTAUD depicting a group of people with their arms raised in the air. There are mainly men in suits, but there is a woman wearing a pink feather boa and long black gloves.

A photograph of Bohnice Theatre Company's CABARET ARTAUD depicting two men, one close up wearing a headset, and glasses on his head. The other is in the background, and out of focus. He is wearing a trilby hat and holding a small bottle of drink.

A photograph of Bohnice Theatre Company's CABARET ARTAUD depicting a woman and a man in an embrace to the left hand side of the picture. The woman is smiling widely, and the man has his eyes closed with a more serious, almost serene expression.

© Photo by: Archive of Studio Citadela. Photo by Marek Dusak

A photograph of Bohnice Theatre Company's CABARET ARTAUD depicting a woman standing with her arms wide and her mouth open. The woman is wearing a blue sparkly dress with a red beret and a long string of red beads around her neck.

© Photo by: Archive of Studio Citadela. Photo by Marek Dusak

© Photo by: Archive of Studio Citadela. Photo by Marketa Kubacakova

The BTC was established in 1991 in Bohnice mental hospital in Prague, Czech Republic. Since 1996 the theatre group has been settled in the Citadela Studio – cultural social center, an experimental meeting point for wide range of artists, students, elderly, youth and children as well as people facing exclusion such as ‘mentally ill’ clients or disadvantaged artists belonging to minority groups, and the general public. The studio is operated by nonprofit association Studio Citadela, z.s.

First of all, the BTC is a community: open formation of people with different experiences, opinions and views, people with different degrees and diagnoses of ‚mental illness’. The core of the group consists of theatre professionals and psychiatric patients. The group has been accompanied by students, therapists, artistic lecturers, and sympathizers.

In 2006, the BTC project was given the Mental Health Europe award.

In 2018-2020, Citadela Studio/BTC has been a proud partner of Creative Europe project POWER (www.power-creative.eu) together with inclusive theatre companies from Coop. Nazareno (IT), KCAT (IE) and THEAMA Theatre of disabled people (GR).

In 2010-12, Citadela Studio/BTC became partners of Erasmus and Grundtvig projects ACTOR and Through Theatre to Talents (4T) targeted to art rehabilitation techniques for people with specific needs.

Description: Unconventional theatre production based on Artaud's life and work. By the means of physical theatre, grotesque perspective and improvisation the performance seeks to present an exceptional personality of Antonin Artaud, the mad poet and theatre maker, a genius suffering, always mutinous, rebelliously seeking…

Workshops, post-performance discussions for people with specific needs, students as well as a wider audience. 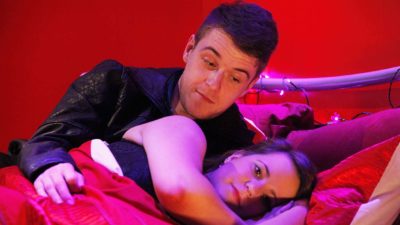 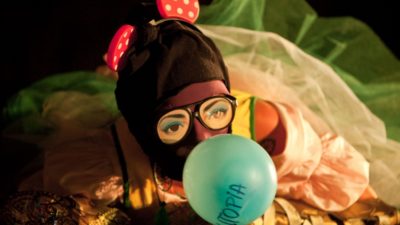 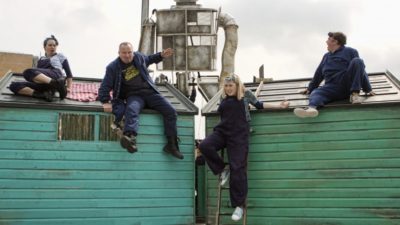