A photograph from Edge by the CiM Dance Company, depicting four people dressed in white, all knelt down on a stage, one in front of the other.

A photograph from O Aqui In Arte 10 by the CiM Dance Company, depicting a man, dressed in white, on a dark stage, who is positioned under a tangle of wheels and metal frames.

A photograph from O Aqui In Arte 10 by the CiM Dance Company, depicting eleven performers on stage in a row, some standing and some using wheelchairs; all connected to each other by holding hands or feet. Most are facing to the right, and two in the centre are facing each other.

A photograph from Sobre Rodas Chalon Dans la Rue by the CiM Dance Company, depicting a man in a white shirt and grey waistcoat smiling and stood in a pose at the front of the scene. There are three people in the background dressed in red, looking towards the camera. A fifth person is facing away form the camera to the right of the picture.

A photograph from Edge by the CiM Dance Company, depicting two people laid on stage in an embrace in the foreground of the picture, a blurred shot of a person in the background bent forwards. All are wearing white clothing.

A photograph from InArte Unlimited Access: Creative Encounter in Lisbon, depicting large number of participants sitting in a circle on the floor of an auditorium. Most are sitting on mats on the floor. The auditorium is walled in wooden panelling, and there is a large stage to the left of the picture.

CiM is a professional contemporary dance company created in 2007, which promotes a unique artistic approach to inclusion while aiming for high artistic standards. CiM strives for diversity and a constant enrichment of experiences, developing a multidisciplinary work to find new methods, languages and answers for creation and to explore the body and its movement within space, letting go of limitations and focussing the action on the best that each performer has to offer.

Currently, Vo’Arte and CiM are working in a social and inclusive artistic project with more than 1200 children and teenagers in public schools – “Geração SOMA” (SOMA Generation), supported by Calouste Gulbenkian Foundation – Human Development Program. From this work it a stage performance will be created with 60 children called “Eu Maior” (The Greater Self). The goal of the project is to replicate the method and the awareness to the importance of the artistic inclusion by several schools.

The partnership is maintained and generated stronger commitments by the artistic and executive direction, the interpreters, technicians and institutions and above all to the public, constantly acquiring new motivations, challenges and persisting on the reflection of the connection between art and disability, as a crucial mean of integration and skills development.
CiM and Vo’Arte were distinguished in 2015 with the National Culture Access Award in Intellectual Accessibility, by Acesso Cultura and in 2014 with the Inclusion National Award for the work developed in the area of creation, programming, training and inclusion, in the past 18 years.

Edge and film 2 and 2 are four

Description: Edge is a contemporary dance and technologies performace.

Moment or space that corresponds to the end or the beginning of something. Or the nearly. Or the memory of a path. That has no end. It is from an unknown device that we start an abstract trail, that takes us to the most concrete of life – the beginning of everything.

Each course depends on one another, they are pairs but different among themselves. They come together within movement, create a limit and after they split space. Change material, recombine, reduce and separate. They give way to a story that starts and finishes right there – an imaginary line remains.

Who sees it, wanted to look.

Extra information: The performance is followed by the film that documents the creative process and also by a conversation with the artists and the audience.

Description: Vo'Arte and CiM - Dance Company, within the 10 year's anniversary comemoration of CiM, will present the recreation of the performance "O Aqui" (Here), which premiered in 2009, being considered by the journal "O Público" as one of best dance performance of that year.

--- A show that has time as a major theme, the chronologic and the inner time, exploring it through the crossing of languages, weaving a play in which senses and emotions lead us to a constant rebalancing. On stage, thirteen interpreters create a space for challenge, for questioning, that leads to the reevaluation of who I am and who the other is. The stage becomes a bullring of gazes. Here intends to put an end to the conceptions and enactments produced by society around the citizens with special needs, a constant search for the saturated humanism. A dance show with a narrative occasionally fluid, occasionally fragmented, where human worlds with different circumstances of being can be found and a space of equality is gained.

A little troupe, suddenly shows up from the unknown. Misteriously sliding and oppening up a path, it presents the delicious story of an ever travelling group of characters exploring encounters among them and the public. Circling around, they address to a present moment in transformation towards a circular world. Spinning and dancing, a poetical perception is drawn upon the limit of some being the infinite of others. Does the world fit on a wheel? This performance may also include musicians and or other interpreters by developping a one week ensemble workshop previously to the presentation.

With a repertoire of 12 shows performed in more than 29 Portuguese cities and in 12 countries worldwide, CiM has collaborated with 80 artists with and without disabilities. CiM has also held 36 workshops with more than 2000 participants. It has been a long and rewarding journey, full of great achievements that have been shared with more than 200,000 spectators. 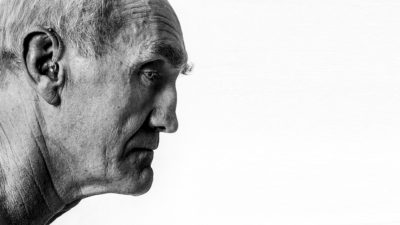