A photograph of Liz Carr in Assisted Suicide the Musical depicting a woman in a power assisted chair next to a man dressed as a bishop.

A photograph from Assisted Suicide the Musical depicting four performers on a stage with gold backdrop. There are two men and two women.

A photograph of Liz Carr in Assisted Suicide the Musical depicting two performers on a stage, one is dressed as a nurse, and leaning towards the other with a clipboard in her hand.

A photograph of Liz Carr in Assisted Suicide the Musical depicting three performers in a long corridor. In the centre, the performer is in a power assisted chair. wearing a blue glittery dress and holding a balloon. To each side of her are a man and a woman, both wearing white, one with red scarf and the man wearing a red tie and braces.

Liz Carr is a wheelchair-using actor, broadcaster and comedian. She plays series regular, forensic examiner Clarissa Mullery in the BBC drama Silent Witness. She is a stand-up comedian, often as part of Abnormally Funny People and enjoys performing cabaret and ‘criptease’. Liz co-hosted the irreverent BBC Ouch! podcast for 7 years and in contrast, is a disability rights campaigner and as a member of Not Dead Yet she speaks out against assisted suicide.

As a campaigner against assisted suicide Liz has appeared on Newsnight, in The Times and various other media. In 2012, she received a Winston Churchill Travelling Fellowship, which enabled her to visit all the countries where assisted suicide / euthanasia is legal, culminating in a two-part BBC World Service Documentary, ‘When Assisted Death is Legal’ (http://www.notdeadyet.org/2013/02/bbc-world-service-liz-carr- presents-part-1-of-euthanasia-road- trip-documentary.html). She is now regarded as an expert in this area, with national and international invitations to speak on the issue from the perspective of an atheist, pro-choice and autonomy, disabled person who remains against the legalisation of assisted suicide.

Description: Disabled activist, actor and comedian Liz Carr has chosen the spectacular world of musical theatre as the backdrop to exploring the complex and controversial subject of assisted suicide in her new show Assisted Suicide: The Musical.

Confronting the lack of creative work exploring this most topical taboo, she joins director Mark Whitelaw (Duckie, Ursula Martinez, New Art Club), composer Ian Hill (Duckie) and a cast of performers to express an important and often unheard perspective through the medium of musical theatre.

Liz Carr is known for playing forensic examiner Clarissa Mullery on the BBC drama Silent Witness. She is a regular in the comedy line-up Abnormally Funny People, co-hosted the irreverently funny BBC Ouch! podcast with Mat Fraser and has MC-ed and performed in many a cabaret at the Royal Festival Hall. Liz is also a member of Not Dead Yet, an international network of disabled people opposed to the legalisation of assisted suicide http://notdeadyetuk.org.

An accessible venue for both the performers and audience is a necessity. Interested in working with venues to provide audio description and a signed performance as part of the run, working with local interpreters

People on road: 10 on the road (7 on stage including assistant, CSM, DSM, and Producer), working with the venue’s LX technician, AV technician/Sound Engineer

Freight details: Freight required for lighting and set, which will change as the show continues development.

‘Carr’s fascinating journey and commitment to debunking the fears and prejudices that lie at the foundation of the assisted suicide debate presents an original, unprecedented piece of musical theatre.’

‘Alongside Liz, the rest of the cast equal her skill and passion with beautiful voices and comedy timing. I really feel that Assisted Suicide: The Musical would be a major hit on the West End’.’

‘There’s gusto in the way bad taste delivers serious debate. Whatever your own views, you readily laugh and applaud Carr’s mischief-making method of challenging complacent thinking.”

Kirsty Lang on BBC Front Row: ‘It certainly made me rethink my position… It is very funny!’http://www.bbc.co.uk/programmes/b07rkhfx 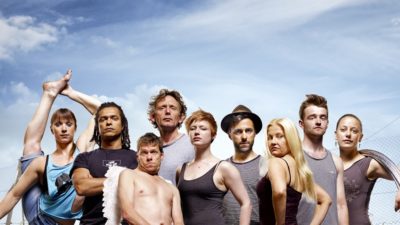 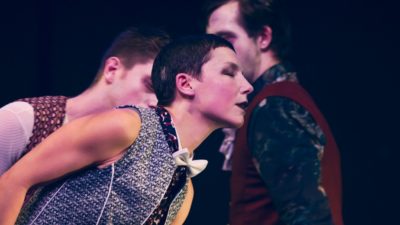