Teatr 21 is a theater group whose actors are mainly people with Down syndrome and autism. During the 15 years of his activity he has created over a dozen performances presented in theaters and institutions throughout Poland. The group performed at national (e.g. Wrocław, Poznań, Gdańsk, Kraków) and foreign festivals (Prague, Berlin, Helsinki, Freiburg). In 2019, the performance ‘Revolution That Never Happened’ was awarded at the “Divine Comedy” International Theater Festival in Cracow. In addition to artistic activities, Teatr 21 also deals with education, theater pedagogy, publishing, organizes conferences, lectures and works in international networks.

Currently, Teatr 21 is working on the project of the Center for Inclusive Art, which will be the first social cultural institution in Warsaw entirely dedicated to the work of artists with disabilities. His main task will be to involve various social groups in the field of art, culture and knowledge. They will find their place, among others meetings with artists, workshops for families and the elderly, lectures on disability and art studies, exhibitions of visual arts artists and much more. The space itself and all events will be adapted to the needs of people with various disabilities. In addition, the Center for Inclusive Art will become the permanent seat of Teatr 21, which has had to operate without its own place for over 15 years.

Extra information: Directed by Justyna Sobczyk. Karolina Hamer issues a new challenge. To herself and the audience. Swimmer and activist, winner of 173 medals, one of the leaders of the protest of people with disabilities who made the first coming out in Polish sports. This time, she will perform as the first sit-up in the world. Sit-up is a taunt to make us think. Freestyling in terms of both hip hop and swimming, we are floating through Polish communist housing estates and Olympic swimming pools, hospitals, schools, parliamentary and street protests.

Description: 200 years ago, the premiere of "Ballads and Romances" was accompanied by a moral scandal and social unrest. Mickiewicz was accused of immorality and perversion. He spoke the language of a group with the lowest social status, giving them the right to embody their fantasies and desires. Can his texts today evoke similar anxiety?

Description: Teatr 21’s and TR Warszawa’s artists explore the subject of modern family and relationships within a family unit. Actors from both theatres will build on their personal experiences to create a family comedy of errors, where the dark side of family relationships meets desires and fantasies about a harmonious family straight from TV-series.

How I stopped being perfect | trailer 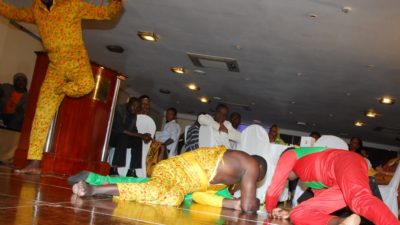 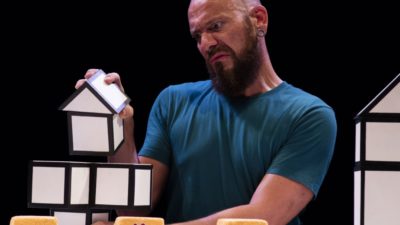 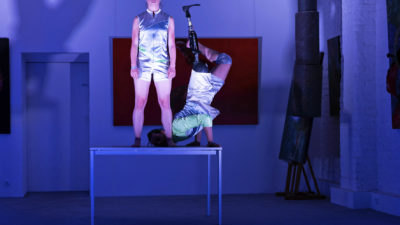 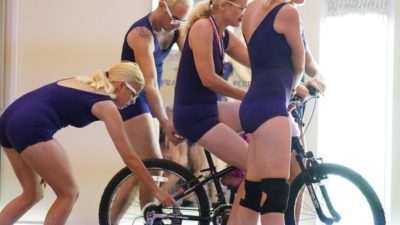