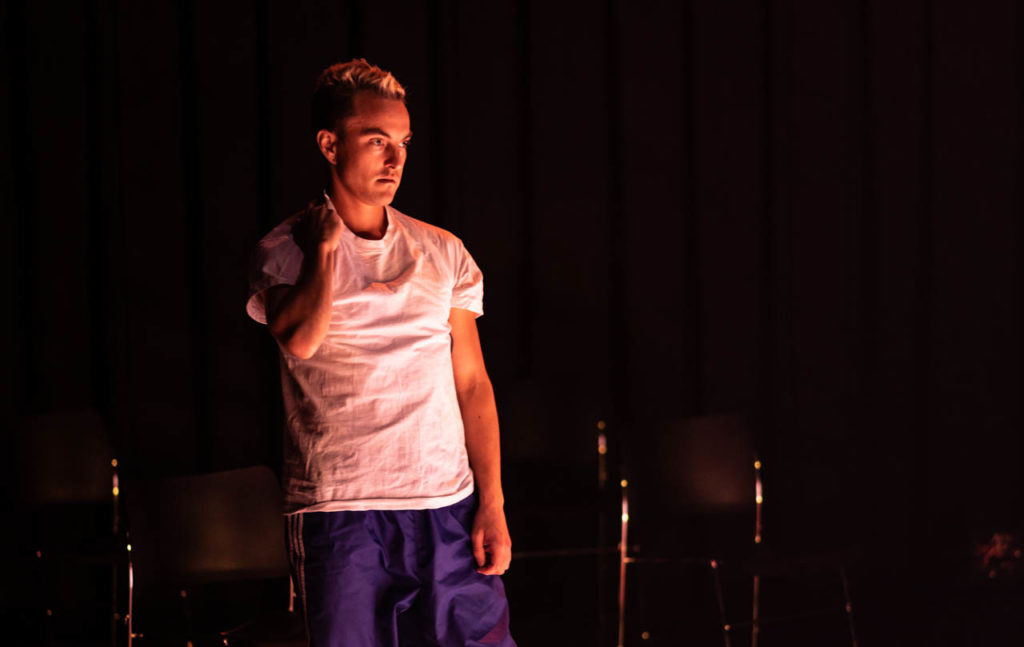 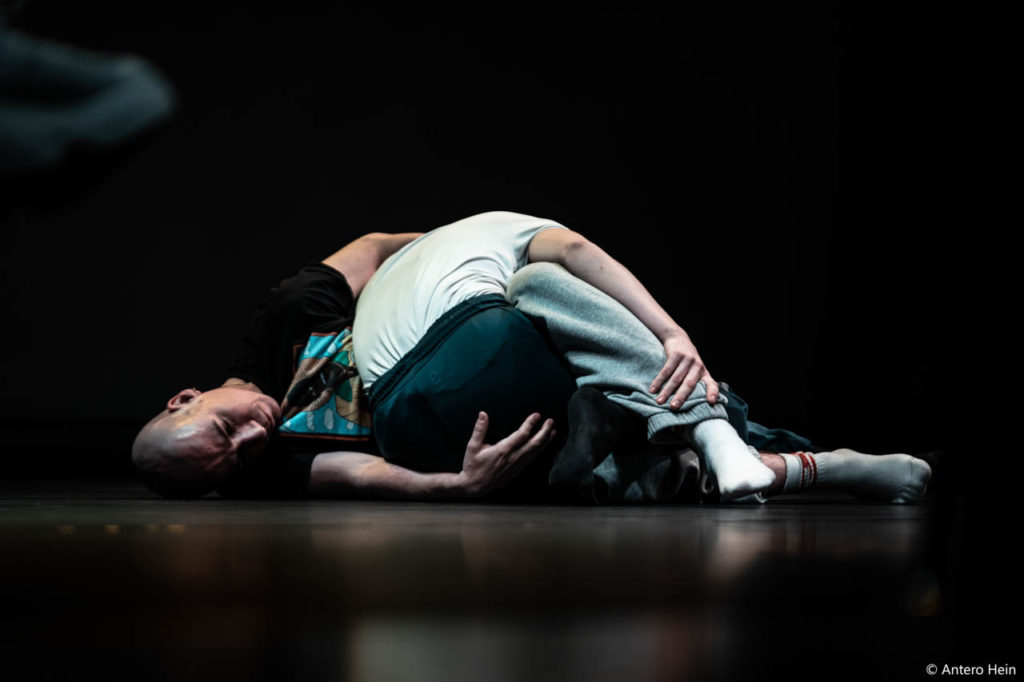 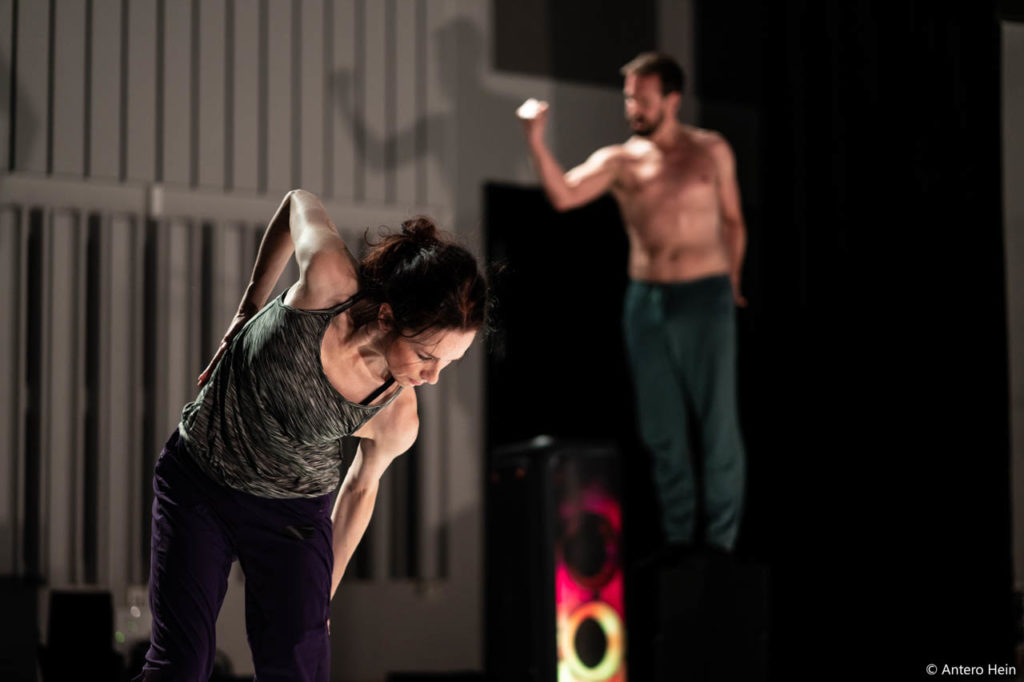 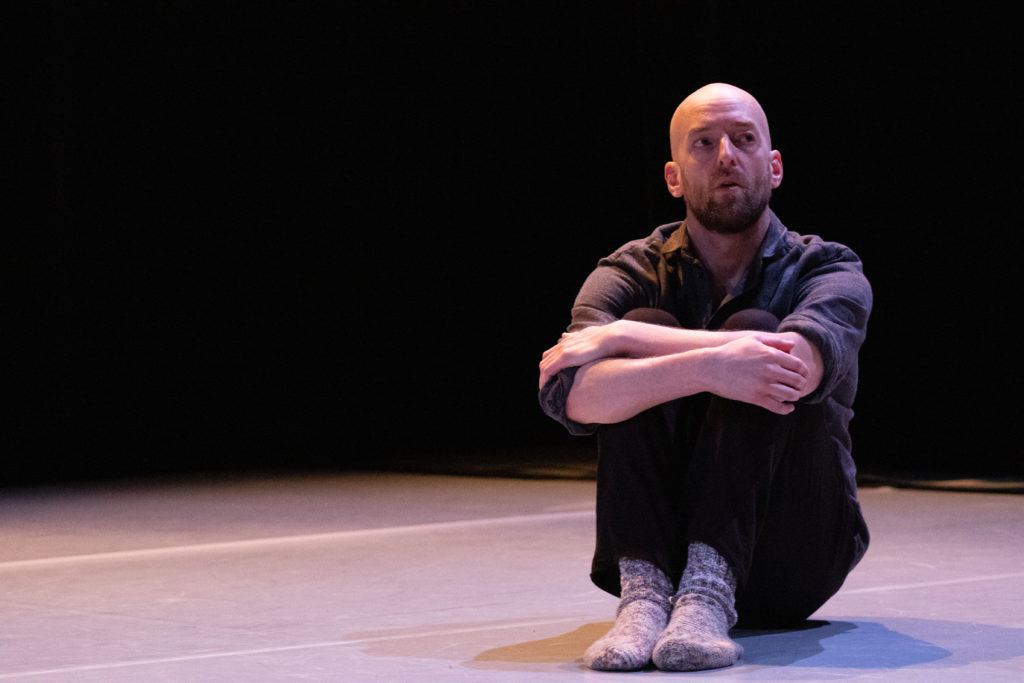 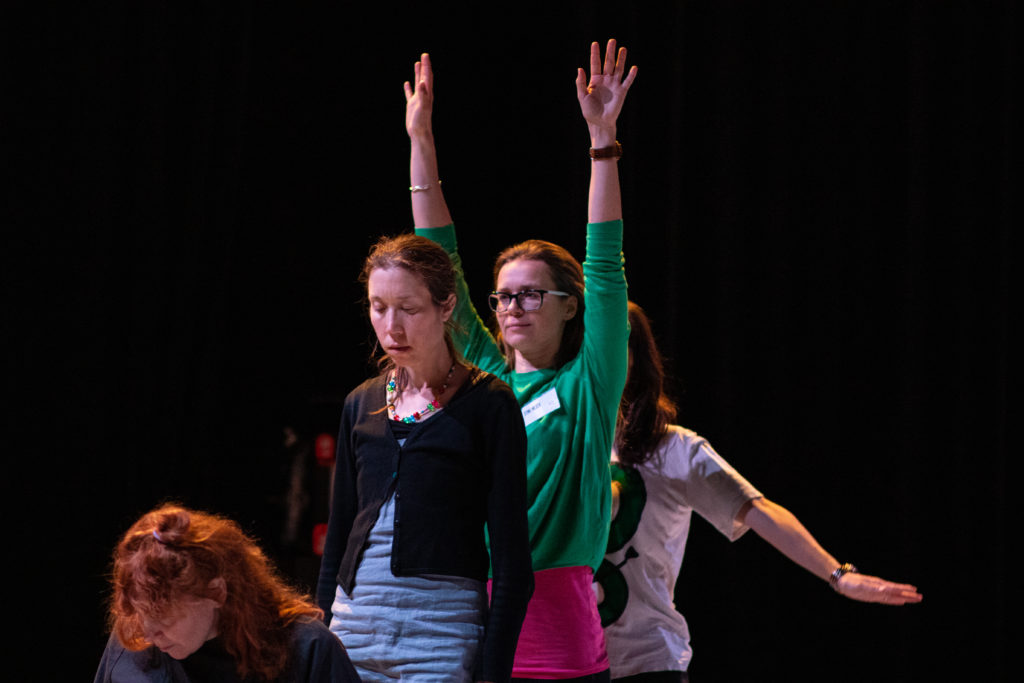 Diverse Nordic Voices (DNVCI) is a programme that supports the development of a greater diversity of choreographic voices from the Nordic region. The 30-month programme is brought about by the pro-active collaboration between leading dance organizations within three Nordic countries. The intention – to create an opportunity for the professional development of six dance artists with functional variation, who work with access or norm-criticism at the core of their artistic work. It is funded by the Nordic Culture Point and Nordic Culture Fund.

DNVCI takes an artist-centred approach, meeting the individual and collective needs of the participating artists. Upon a selection process of two artists from each country, the process began with a two-day Development Needs Analysis workshop, during which the artists were encouraged to reflect on where they are in terms of artistic and career development – and where they wanted to be. This included a self-assessment of skills, expertise and identified goals. From this, the facilitators together with the participants set development priorities and a professional development plan. These development priorities influenced the further structuring of the program.

There are two strands to the programme:

The six artists in the programme connect with mentors to exchange experiences and gain support in their development during the program. The mentors for the 2018-2021 project period are:

“We really had a wish as a festival to support choreographers’ development, giving opportunities for mentoring, exchange and networking with institutions. From a desire to make CODA’s artistic content more diverse, we wanted to contribute specifically to diversity around disabled artists as we don’t see many disabled choreographers in Norway. We wanted to look at this from a Nordic perspective, as we have quite a few makers and artists in Sweden but not many in Norway or Iceland (our partner countries for this project.)

We do not know of another Nordic project focusing specifically on choreographic development for disabled artists. We think the mix of focus on own skills, developing a peer-support network and being introduced to bigger institutions is a unique mix. The ongoing timeframe of meeting over the course of three years was a key element. We believe that all developments take time, and it was useful to have these ongoing meetings to build a network across the organisations and artists.

I hope the project will influence the wider arts sector by highlighting the artists and their work beyond the presenters that already know them. I see that the project has been a catalyst for securing funding and other professional opportunities for the artists. I hope it will be a tangible case study to refer to for other organisations that want to be more diverse/support more disabled artists.”

Dansens Hus, Stockholm is a publicly funded arts organisation that mainly presents Swedish and international contemporary dance. As a venue, its main stage has 782 capacity, with space for 8 wheelchair users, whilst its second stage has 140 seats. Dansens Hus is a member of several other national and international networks such as the European Dance House Network, which consists of 36 of Europe’s leading contemporary dance houses which aims to strengthen artists’ work opportunities and foster audience development. It is also part of Aerowaves, an international stage for newly established choreographers.

Iceland Dance Company (IDC) is the national dance company of Iceland. Established in 1973, IDC is an independent public institution responsible for developing, creating and nurturing contemporary dance and choreography in Iceland. The company’s home base is in Reykjavik City Theatre but it tours both nationally and internationally. IDC puts an emphasis on developing partnerships with other cultural institutions and prides itself on a tradition of working with emerging talents in all artistic fields.

Six artists from the three countries were chosen through a process of joint decision between the partners.

Disabled artists are still expected to conform to existing structures – funding, creation, production, performance, and are highly skilled at adapting and fitting into these structures, usually at a cost to themselves, unfortunately. Does this mean creating a product that doesn’t quite fit or suit a disability? Definitely. By tapping into the ideas, preferences and experiences of disabled people a program like Diverse Nordic Voices can affect the conditions that disabled artists work in by creating new frameworks and strategies for future practice. By sharing our stories, we are raising awareness and building an understanding for the challenges we face from the normative traditions and practices that dominate the arts sector.

Aude Busson (Iceland) is an artist and project manager who studied performance making at the Icelandic arts academy in 2011. Aude has worked mostly in collaboration with other artists, sometimes in the theatre and sometimes in situ. Her interest lies in the tension between performance and our social reality and is curious of creating spaces and events involving some degree of participation. Aude has worked with making theatre works for youth and with youth, worked in various community projects mostly with women and people of foreign origin in Iceland. She has worked as a project manager on various projects of dance accessibility, managing the Teenagers festival of Reykjavík Dance Festival and developing free dance classes for different publics with Dansgarðurinn.

Olga Sonja (Iceland) is a performance maker from Iceland that is currently based in Berlin. She holds a B.F.A. in acting from the Iceland Academy of the Arts and did her MA at Weißensee Academy of Arts Berlin. In her work Olga has explored staging “the self” and how, by being both the creator and the object of the creation, a performer can impact how they are perceived, resist objectification and claim agency. She is interested in the act of viewing and the experience of being viewed. In particular the relationship between the spectator and the performer and to explore the possibilities in this relationship. Her interest also lies in making collective works, and bringing reality to the stage in order to question social constructions or norms. She wants to find ways to create a meeting point for people of all ages, with different backgrounds or cultures to share an experience and be in dialogue. Olga Sonja is currently a part of the Berlin-based art collective Maternal Fantasies. Additionally, she is collaborating with Ásrún Magnúsdóttir, Gunnur Martinsdóttir Schlüter and a group of young people in Iceland on a new dance performance, which premiered at Reykjavik Dance Festival in November 2019.

Maria Terese Høgåsen Kittilsen (Norway) is a Norwegian dance artist, with an almost invisible disability. Regardless of being outside the norm of a physically and esthetically superior dancer, she has worked hard both to compensate and accept her limitations. She began taking dance lessons at the age of three, and has danced ever since. She did her formal training in jazz and musical dance, but found that the art of modern dance offered more openness and opportunities accepting her body as it is. In 2015, Maria graduated from the Norwegian School of Sports science, with a bcs in dance training, coaching and sport psychology. During her studies she explored the concept of integrated dance. She has worked with integrated dance groups both in Norway, Australia and the U.S, and she now seeks to create dance that embraces the esthetical and artistic possibilities offered by differently bodied dancers.

Suzie Davies (Norway) is a dancer, choreographer, actor and writer from Leeds in the UK. She started her career dancing in the Monty Python film ‘The Meaning of Life’ in 1983. She has lived and worked in Scandinavia since 1992, and is based in Norway where she has lived since 1995. Suzie is also the Artistic Leader and Choreographer of the project-based company DEED, which she runs together with her partner Mattias Ekholm. As a student at LCDS Suzie was lucky enough to work with the choreographer and director Janet Smith. Janet had been commissioned to choreograph for Uppercut Danseteater in Copenhagen, and invited Suzie to be a part of the production. Suzie then continued to work with Uppercut for the next three years before becoming an established member of Carte Blanche in Bergen in 1995. Since 2004 Suzie has worked as a freelance artist. She has worked in many different constellations, nationally and internationally, over a broad spectrum of genres. She formed a long working relationship with one of her previous directors from Carte Blanche Karen Foss, with whom she began researching the use of text in performance. She also began working as an actor with Alan Lucien Øyen’s company Winter Guests where she discovered she had a passion for performing text. In 2017 she co-hosted the opening of the 2017 Bergen International Festival together with Andrew Wale (Winter Guests).

Emilia Wärff (Sweden) is a designer and contemporary dancer. 2009 she took her MA in Fine arts and Design from the University of Gothenburg. Since 2010 she has been one of the main dancers in Danskompaniet Spinn, a norm-breaking and inclusive company. ”Working with Spinn is important because we work in a historic context full of rules and conventions that we all have the ability to break and re-shape.” She has participated in workshops and courses by Axis Dance Company, CandoCo dance company, Cirkus Cirkör and has a long experience of Feldenkrais technique. During spring 2018 she studied at School of Dance and circus at Uniarts in Stockholm, and did then a collaboration with Madeleine Månsson, dancer at Skånes Dansteater that was presented at 3:e våningen, Göteborg. She has collaborated with Anna Westberg/ Nina de Heney ”The Body” 2011, Gilda Stillbäck for the production ” Vem är starkast?” (Who is the strongest?) an integrated dance and theatre piece for children2014/2017. Emilia has been presented with a number of awards for her work and in 2016 she was awarded the Göteborgs stads Kulturstipendium.

Sindri Sinkalonkan Runudde (Sweden) is a dancer and choreographer who have worked with companies and choreographers like 7 Finger Circus Company, Skånes Dansteater, Candoco Dance Company, Stina Nyberg and Carl Olof Berg. He is the creative mind behind performances like the children’s show Vända och vrida for Stadsteatern Skärholmen, as well as the autobiographical Blind Boi Diaries directed by Juli Apponen. In 2018 he toured the interactive audiopiece “Golvet” and in 2019 he toured Fiskedansen och andra kosmiska bekännelser. 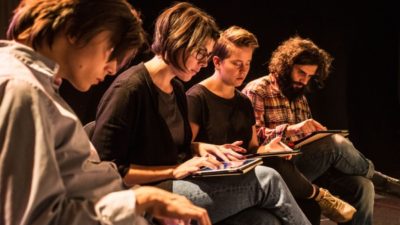