Per.Art, the learning-disability theatre company based in Novi Sad, Serbia is celebrating its 20th anniversary with a programme of performances at Gallery of Matica srpska 13-15 December. Joe Turnbull spoke to Artistic Director, Saša Asentić about the company’s development over the years.

The late 1990s was a very turbulent time in the former Yugoslavia: the country was being torn apart, by war, secessions, NATO bombings and international sanctions. Amidst the tumult, the Novi Sad Humanitarian Centre ran a series of projects bringing arts to multiple social groups in refugee camps, hospitals, orphanages and residential homes. A young Saša Asentić was amongst the facilitators. In 1999, Asentić had a fateful meeting with a group of learning-disabled people and their parents.

At the time, Asentić recalls how the theatre scene is Serbia was a key driver of social change and opposition to the regime:

“The independent theatre scene was very important and strong in creating these performances and actions that would step out of the institutions. It was about finding new ways to move towards a more open and democratic society. I come from that lineage of making work that seeks to bring about change or critically reflect on what’s happening in our surroundings. To understand the context at the time, the majority of people were having an extremely hard time living. If you then try to imagine what was it like for so-called marginal social groups. They were left with very few opportunities.”

After doing a few workshops with the group, something struck a real chord with Asentić.

“They had no experience because their position doesn’t give them the opportunity to gain almost any kind of experience except to be where the system puts you. But when we started working it was really interesting. I recognized that it’s this position where without having experience, you raise important questions for who we are as social subjects, but also what we can do through theatre.”

After the initial programme finished, Asentić continued working with the group. It was just experimentation and making work for themselves for the first few years. If they were to take things further, at the time in Serbia, there simply wasn’t any template which they could follow: “There is no given structure or platform that we could use,” explains Asentić. “It’s like in order to make our work, we had to create the infrastructure that can make it possible. In order to say this is a group of artists with learning disabilities, you need to create the context that you can claim this. Because there is nothing outside that you can refer to, or that you can claim to be part of or get recognition.”

From the beginning, the devising process meant putting all the members, both disabled and non-disabled on an equal footing.

“No one is put in a position where they are seen as lacking something. Everyone brings who they are with all their experiences and interests and desires. And then this niche process finds its way to define the content but also define the form of the performance. We create the conditions in which our colleagues with learning disabilities can develop as authors, co-authors and performers and collaborators in these artistic processes. Not to treat them as passive consumers of creative processes that are provided for them from outside.”

It wasn’t until 2002’s Gatka that the group felt they had their first real performance. “Although we’d done little presentations before, in that moment it became clear to everyone that this was our first proper performance,” explains Asentić. “This was the moment that really consolidated the group. It was clear after this, we are a group that acts through performance, we act in public. And our disabled colleagues were so incredibly strong and artistically interesting that audiences were blown away.”

It was so successful that Per.Art had the opportunity to perform Gatka in Serbia’s capital, Belgrade. It was here that a representative of the European Cultural Foundation saw the performance and was so impressed they invited Per.Art to make an application for funding, which went on to be their first major injection of investment.

In 2005, Per.Art was registered as a legal entity and in the same year Asentić initiated a network of arts institutions in Novi Sad dedicated to promoting inclusion. Partly out of necessity, and partly for strategic reasons, Per.Art has always worked in partnership with ‘mainstream’ institutions in Serbia.

“For me, it was important that we make partnerships with the existing institutions that are our local cultural scene. To enter them and ask them to change because disabled artists and disabled audiences have a right to be there. It’s one of their human rights to have access to culture and art. It was important to fight for claiming this right. In other developed European countries, they create places for disabled artists but then it’s just another place that is in most cases disconnected from the actual cultural and artistic scene. And it was important not to fall into that problem because we are already dealing with marginalization and discrimination.”

One major partnership which lasted some 15 years was with the Serbian National Theatre. As part of this partnership, Per.Art’s performances were part of the Serbian National Theatre’s main repertoire and they would use the ballet studios to rehearse. “Before us you have Swan Lake rehearsing,” Asentić recalls, somewhat ruefully. “We’d be waiting in the corridor, a company with learning-disabled artists, and when all the dancers and choreographers came out, we’d say hello to each other.”

A change in the domestic political situation resulted in a more conservative artistic direction for the Serbian National Theatre, which sadly brought an end to that partnership in 2017. Nonetheless, it was a significant, and hugely unique achievement. Per.Art has also worked closely with the Gallery of Matica srpska since 2008, which is where their 20th Anniversary celebrations will be hosted.

“I know from speaking to colleagues who work in learning-disability theatre in the UK, France, Germany and Norway that to have a National Theatre or National Museum as a partner in creating this work and presenting and supporting artists with disabilities and welcoming audiences with disabilities is a rare model.”

Today, the company includes 17 learning-disabled artists – three of whom were in that original group from 1999 – and 7 non-disabled colleagues. In the last five years, the company has begun to work increasingly on an international scale. In 2015, Asentić was co-curating and assiting on concept development with Marcel Bugiel for a symposium in Geneva, at which he played a video provocation featuring Dalibor Šandor, one of the company artists. In the audience was renowned choreographer Xavier Le Roy, who was so interested in Šandor’s exploration of the theme of monsters in relation to society’s attitudes to learning-disabled people, that he wanted to speak to him about developing it further.

“Xavier Le Roy is one of the biggest names in contemporary dance. For him to have an encounter like this with Dalibor who in 2015 was a young man with a learning disability, who was just starting to gain some experience on stage, is really something. These two artists in their different positions would never ordinarily come together – the way the dance world is structured, nothing supports their encounter. For me it was very inspiring that they met and that they showed interest in each other artistically. And then I said, I will find a way to make this possible.”

It was not until last year when funding from Creative Europe was confirmed for Europe Beyond Access – which Per.Art is one of the seven core partners on – did the opportunity present itself to formalise this collaboration. “Europe Beyond Access is the context in which this becomes possible,” says Asentić. “This is how Europe Beyond Access makes a change, not only for us but also for the dance world today.”

We Are Not Monsters, developed with Xavier Le Roy will be the flagship performance kicking off the 20th Anniversary celebrations at the Gallery of Matica srpska on 13 December. It will feature other company members in addition to Šandor. “We are bringing something new and our roles in the group are redefined, which is very inspiring and empowering for all of us,” Asentić enthuses.

The other aspect of Europe Beyond Access which has had the biggest impact on the company is participating in the artistic ‘laboratories’ – where groups of artists from across Europe put forward by each partner come together to experiment and explore a pertinent topic. Per.Art led the first laboratory in Hamburg, but participating in subsequent laboratories in Malmo and Maastricht has been equally formative for their artists.

“They love it, and it’s also great to see what it really means to them. They come back as our colleagues who have had this unique experience. Seeing how they process the ideas and feed them back into the group. For me this is amazing, and we never had this before. So, Europe Beyond Access is really an amazing platform where this can happen. It makes our disabled colleagues feel more independent and contributes to a feeling of real integrity as artists.”

Despite the company’s significant achievements, Asentić is taking little for granted:

“20 years ago if someone told me I’d be having this conversation, I’d say it was science fiction! But it is possible, and it is real. Back then, in Serbia, a group of artists with learning disabilities or authors with learning disabilities didn’t exist. But today it’s a fact that this exists. You can disagree with us, you can ignore us, you can argue about the quality of the work. But you cannot deny that it exists. Knowing that the future is uncertain is inspiring in the way that it will be what we make it. We hold it in our hands to make a future that is desirable.”

Here’s to another 20 years of Per.Art. 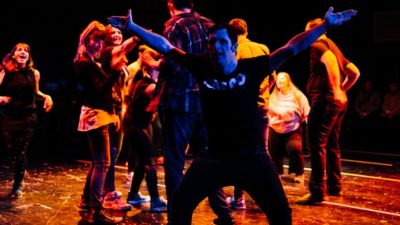 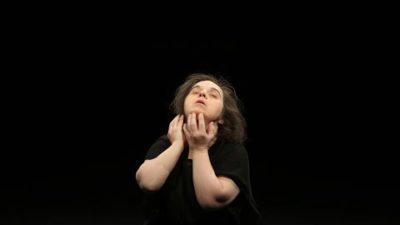 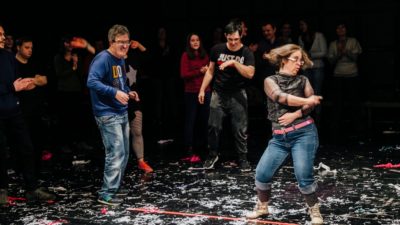