In the latest of our series of country profiles, Pádraig Naughton, Director of Arts & Disability Ireland explores the history, development and current state of the arts and disability sector in Ireland.

Arts and disability in Ireland: a brief history

The initial interest in arts and disability in Ireland emerged from the community arts sector in the 1980s and the innovative artistic programme of City Arts Centre Dublin. An incubation space and hub for many burgeoning arts organisations, Arts & Disability Ireland (ADI) began as a project of City Arts Centre in 1985 under the name Very Special Arts Ireland (VSA Ireland) and was affiliated to the United States based VSA International Network.

Through the 1990s VSA Ireland was involved in a wide range of activities including initiating a residency for an artist with a disability at the Tyrone Guthrie Centre at Annaghmakerrig, the Young Playwrights schools competition, Ireland’s first integrated dance project Counterbalance, a regular disability cabaret scene, and a national arts and disability festival “Discover” in 2001.  That was the same year VSA Ireland changed its name to Arts & Disability Ireland (ADI) in order to better reflect contemporary thinking in relation to language and disability.

“A Strategy for Equality”, the report of the Commission on the Status of People with Disabilities, was published in 1996 and was the result of the largest consultative process ever undertaken in Ireland involving people with disabilities. While the Arts and Culture strand of the report contained a broad range of transformational recommendations, it was those around support for individual artists with disabilities, collaborative practice and physical access at newly built arts infrastructure that had the biggest impact, led by the policy and development work of the Arts Council and local authorities around the country.

The report’s recommendations around the provision of access for audiences with disabilities were without doubt the most groundbreaking.  They identified a network of national venues where audio description, captioning and Irish Sign Language (ISL) should be made available, as well as suggesting parameters for the provision of access at commercial arts venues. 22 years after “A Strategy for Equality”, these recommendations around access for audiences with disabilities have yet to be realised in their entirety.

During the 1990s there was a parallel growth in arts and disability in Northern Ireland with the opening in Belfast of the membership-based Arts & Disability Forum in 1997. It was ADF’s Arts & Disability Awards that led to the establishment of the Arts and Disability Awards Ireland in 2001, an All-Island scheme funded by the Arts Council of Northern Ireland and the Arts Council, which ADF continued to manage on their behalf.  The All-Island scheme ran until 2013 and was instrumental in developing and sustaining the practice of a generation of individual artists with disabilities across the island of Ireland.

In a significant policy change in 2014, ADI were invited by the Arts Council to devise and manage a new funding scheme for artists with disabilities in the Republic of Ireland. Called Arts & Disability Connect, it is now in its fifth year and has supported 47 new work, mentoring and training awards distributing over €132,000. The only scheme exclusively open to artists with disabilities, it often serves as an entry point to the broad range of bursaries, project/production awards, commissions and collaborations through the Arts Council and local authority arts offices.

In 2006, the year after I became Artistic Director of ADI, I initiated the very first audio described performances at the Abbey Theatre, Ireland’s National Theatre and Dublin Theatre Festival, working with audio describers from Sight Lines in Belfast. In 2007, followed Ireland’s first captioned performances. ADI trained a pool of five Irish audio describers and captioners in 2008/09 with the Audio Description Association (ADA) and StageTEXT, both based in the UK.  Since then, a small number of venues and festivals have started providing ISL and relaxed performances but ADI is currently the sole provider of audio description and captioning to the arts in the Republic of Ireland.

ADI has partnered with a variety of organisations and venues to develop access across Ireland.  Key partnerships have included:

In 2017, ADI commissioned the ‘Going Out’ survey with the aim of understanding how people with disabilities engage with arts and culture in its broadest sense.  The largest quantitative audience survey of its type ever undertaken in Ireland, ADI reached 523 respondents with the strategic input of the National Disability Authority and over 20 other disability organisations.

The research indicates that 86% of people with disabilities had attended at least one arts event including the cinema in the past 12 months.  However, 94% said they had cut back on at least one of their social activities in the last five years. The key barriers to going out (mentioned by 33% of respondents) are cost (25%), no one to go out with (22%) and transport (15%). Conversely, access is not a motivation. Just 8% of respondents said that a good night out involves resolving some kind of access issue. 49% said they go out for social experiences. 69% say they go to live performances or exhibitions to be entertained or to enjoy the atmosphere.

While Ireland has a long history of artists with disabilities and arts practice exploring a lived experience of disability, few artists would describe themselves as ‘disabled artists’ or making ‘disability arts’. What has emerged is a broad range of individual art form and collaborative arts practice that is firmly placed in the wider arts and cultural life of the country.

For the future development of arts and disability in Ireland there is a need to continue to build on successes such as these and achieve even greater visibility for the high quality work of artists and companies with disabilities both in Ireland and internationally. This will involve broadening the range of funders, programmers, curators, directors and producers who want to present and champion the creativity of artists with disabilities. It will also require people with disabilities in Ireland to move beyond the art making and take on some of these roles within the arts, so they can influence change at the point where decisions are made. In parallel, there is a need to embed a more holistic approach to accessible arts programming at a local, regional and national level, so audiences with disabilities can experience the best of Irish arts in the wider communities in which they live. 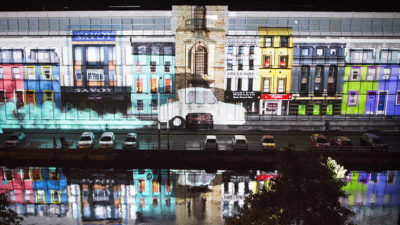 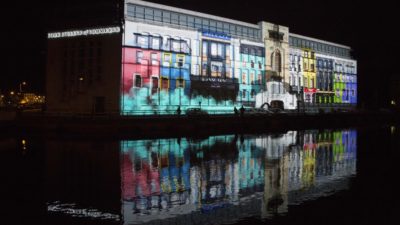