‘Never underestimate your audience’. This has always been a guiding ethos at de Warande, a renowned cultural house in the small Belgian city of Turnhout which is home to a newly-refurbished 800-seater amphitheatre, 240-seater auditorium and studio/rehearsal spaces. In the Eighties, this belief in the importance of artistic endeavour, and faith in people’s innate capacity to respond to it, led the venue to incubate Theater Stap – a fledgling company making professional work with learning-disabled performers. This relationship has now continued for three decades, underpinning and enriching the work of both parties. In the last five years, that same ethos has also seen de Warande reach out to new audiences via collaborations with local disability groups. Most notably, alongside in-house partner organisation Dinamo, it has developed a volunteer scheme and a special brochure that help make the artistic breadth and depth of its programme accessible to people with learning disabilities. For de Warande, access does not mean rethinking your programme. Rather, it is all about how you invite your audience.

De Warande’s foundational relationship with Theater Stap dates back to 1984. Theater Stap was founded by a theatre director and a musician, with the intention of making highly professional performances. Supportive of this ambition, de Warande offered the young company office space, technical support, and a ready audience of 500-600. “De Warande were visionary and radical in their approach,” explains Theater Stap’s artistic director, Marc Bryssinck. “They were doing this out of artistic desire, and fascination for the artistic quality of our actors. It was not about empowerment or inclusion – though of course it is very nice to see these are consequences of the artistic choice we made in the beginning.”

The association with de Warande helped Theater Stap establish its artistic credibility on the touring circuit. In 1989, Theater Stap and de Warande also collaborated on a large European Festival of theatre by artists with learning disabilities. Eventually, Theater Stap moved to its own buildings. But the special relationship continues, with de Warande presenting Theater Stap performances, and always inviting its input for launches and festivals. “De Warande have this reflex when they plan something: ‘Ok, what would Theater Stap do here?’” says Bryssinck. “Because of this long relation, we cannot not see each other.”

“It was normal when we started here. But it wasn’t normal outside.” This is Mieke Mermans, head of communications. She joined de Warande 16 years ago, shortly after theatre and dance programmer Bert Heylen. “In Belgium, the institutions for learning-disabled people are hidden in the woods,” she says. “If you don’t have someone in your family, you don’t encounter it. When our audience see Theater Stap here, they start to see learning-disabled people differently.”

Heylen, who is on the board of Theater Stap, concurs. The relationship with Theater Stap has, “helped our audience to get familiar with other kinds of work and other kinds of people, to see the beauty of other things”. But it has also brought new audiences to de Warande: the artists, their family and friends, “people who were not normally coming here”.

This incidental impact on audience demographic has recently become much more important to de Warande. Five years ago, the venue began working concertedly on audience outreach, in response to a survey in which local people were asked about their perceptions of de Warande.

“What we heard was that we were in our ivory tower,” says Heylen. “The majority of people living in the area felt the theatre was not for them. We had thought, ‘we are presenting great performances, that’s enough’. But now we heard: that’s not enough. As an organisation, we were too self-centered.” So de Warande began looking around, noticing which local populations weren’t coming, and considering how to engage them. Members of staff set up collaborations with organisations that worked with low-income people, refugees, older people, prisoners – and people with various impairments.

De Warande is unique in having six in-house partners, ranging from film and comic festivals to centres for architecture and visual art. One such is Dinamo, which provides adult education opportunities for people with a ‘mental disability or psychological vulnerability’. In 2014, Mermans set about expanding this programme of activity to include attending a show at de Warande. This was a co-initiative with SVGK, which works locally to increase leisure options for disabled people.

Under the banner Knipoog (meaning ‘wink’), de Warande selects ten shows annually and presents them, alongside Dinamo’s activities, in a special accessible brochure. At the Knipoog Fair, people with learning disabilities can also sample the programme, hear directly from artists, and talk with de Warande staff about practical questions. A volunteer from a group of 20-30 will then accompany each audience member with a learning disability to their chosen performance.

“They can choose ‘I want to see this’ and it’s made possible,” says Mermans. “And not because they are driven in a bus with 15 other people from their institution. They pay for their ticket, they go to the performance, they have a drink with their new friend. They want as independent and ‘normal’ a visit as possible – so we try to make that happen.”

De Warande operates a similar scheme with VeBeS, an Antwerp organisation run by visually impaired people. One of the selected performances is always audio-described, sometimes with an introduction from the performers. But again, what Mermans has learned is that disabled audience members, “don’t want you hanging around doing things, don’t want to be patronised. Actually, they often want the minimum.”

Acknowledging their own lack of expertise, then collaborating with specialist organisations, has been key to de Warande’s access work. Collaboration also allows for natural and informed dialogue as and when challenges arise. Heylen gives one example:

“One month ago there was a story about a learning-disabled person being expelled from a theatre in Antwerp for disturbing the performance. That’s something that’s also a discussion at de Warande, I must say. As a programmer, you just want everything to be perfect. Maybe I’m too focused on that, so I’m really a bit stressed in a situation where a person might react in a way we’re not used to. There is no right or wrong in this conversation – but you have to have it.”

Access work, then, is raising important questions at de Warande about how audiences experience and respond to the work. But when it comes to the work itself, Heylen remains firm: “It’s important that I just keep on programming the things that are artistically necessary.” What has changed, thinks Mermans, is that de Warande now pays more attention to the audience’s experience around the programme. Typical of this shift in mind-set is the upcoming festival to celebrate 30 years of Theater Stap. An evening of multi-disciplinary shorts popping up around de Warande’s subterranean space, it will facilitate close encounters between audience members and performers, with opportunities to chat over cocktails.

Art for art’s sake, or for social impact? For Bryssinck, who has recently seen Theater Stap’s touring options curtailed by a tidal turn in Flanders towards funding local community projects, de Warande gets the balance just right. “Now, if you are a company that can strengthen the neighbourhood, you can get subsidies. Of course we [at Theater Stap] are humanistic people who want to give people with disabilities a chance to become somebody, to be visible. But we are not doing this to sweeten society. We want to make art to sweeten society.” De Warande, says Bryssinck, is a rare and loyal partner because, “it puts our work first, and then says, ‘ok, let’s think about who this might be for’.”

De Warande is now working on a new five-year mission statement. Mermans is especially keen to see the collaborations they have set up continue and deepen. But above all, de Warande’s five-year focus on audience outreach has helped it reconnect with that founding ethos: ‘never underestimate your audience’. During one abstract dance piece, Mermans recalls questioning its selection for the special brochure. “But afterwards everybody talked about how beautiful it was, how much it had captured them. Then I was flabbergasted. I thought, ‘Ok, I don’t have to make choices’.”

Heylen concurs. “Before we did Knipoog, or some of the other projects, I would say ‘this performance, this group of people… it’s a really bad idea!’” he admits. “But no, I was just wrong. I was thinking too much with my head. Art talks to the heart.” 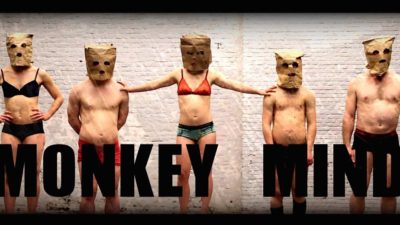 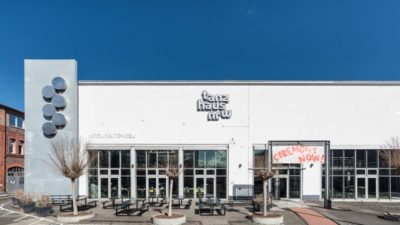