My Music Ability is a pilot project for inclusive music education at the music teacher training college of the Conservatory of Amsterdam, The Netherlands. In March 2018, it invited the UK’s Drake Music to be ‘artist-in-residence’ to help facilitate the project. Senior Lecturer of Music at the Conservatory, Melissa Bremmer reflects on the initiative.

Music teacher education in the Netherlands needs to address diversity in its curriculum. However, disability is often overlooked as an important part of what can be considered to be diversity. Music teachers and students tend to be given – if they are given – only a few resources to work with disabled people and might not feel prepared to work together with them. As inclusive music education is part of the agendas of the Research Group Arts Education and the Conservatory of Amsterdam (both part of the Amsterdam University of the Arts), they initiated the four-day pilot project ‘My Music Ability’ to address this issue. The goal of the project was for students to become inspired and more equipped to work with inclusive ensembles and inclusive music classrooms. The project was a mandatory part of the curriculum of students in the fourth and last year of their Bachelor in Music Education.

Because of its innovative and unique character, the project and accompanying film were funded by the artist-in-residence programme of the Amsterdam University of the Arts and by external funding of the Wim de Monchy Foundation. As inclusive music education and the know-how regarding accessible music technology is still an emerging field in the Netherlands, the Research Group and Conservatory decided to invite the UK’s Drake Music as ‘artist-in-residence’ to work with the students. Drake Music were the obvious choice as the leading UK organisation in relation to music, disability and technology. Additionally two musicians of the Dutch foundation My Breath My Music were invited to join the project in order to help form an inclusive ensemble. The foundation My Breath My Music aims to give people with severe physical impairments the opportunity to play music through adapting and inventing electronic instruments. Both musicians that participated in the project played on the newly developed electronic wind instrument, the Magic Flute.

Tim Yates and Ben Lunn of Drake Music led different training sessions in which students explored theoretical and philosophical approaches to accessible music-making through discussion, video and practical work. During those sessions the students were also confronted with the question ‘what do accessibility and inclusion really mean in music education?’ Furthermore, the students learned about and developed accessible music technology themselves which had the potential to enable disabled people to participate in making music. During the third day of the pilot, an inclusive music ensemble was formed: the students and the musicians of Drake Music and My Breath My Music collaborated to create a music improvisation which was based around the instruments the students had been working with and had developed during the pilot.

The fourth day of the pilot coincided with the one-day conference My Music Ability, hosted by the National Centre of Expertise for Cultural Education and Amateur Arts, the Cultural Participation Fund, the Conservatory of Amsterdam and the Research Group Arts Education. At this conference, the themes music, disability and technology met, and national presenters (United by Music, My Breath My Music, the Jostiband Orchestra and the Dutch Sign Language Choir) and international presenters (Drake Music, Up! Orchestra and Resonaari) were invited to share best practice. The conference aimed to provide practitioners with philosophical ideas and practical tools for their practice but also to inform policy makers of the value of inclusive music practices, which are still fairly uncommon in the Netherlands.

At the heart of this one-day conference, the project’s inclusive ensemble performed their music improvisation. By performing in front of an audience, the idea of an inclusive music ensemble suddenly came alive. Moreover, both the vibrant performance as well as the film showed that the students had experienced the pilot project as highly positive and framed inclusiveness as a tangible practice.

But what impact has the project had? In a survey that was held amongst students about what they had learned, many suggested that the project had expanded their view of music and disability, not just through talking about the subject but through performing in an inclusive ensemble. As one remarked: “everything is possible, if you are willing to work for it. An orchestra/band with adapted instruments, an orchestra/band rehearsal with an adapted structure. Explore the needs, possibilities and obstacles together”.

As an organisation, the Conservatory is now contemplating how to turn this project into an annual event and how to incorporate it as a structural part of its curriculum. A challenge is how to get guest lectures and technology funded for the next project and how to find national or international partners that have the expertise about inclusive music education that is still lacking within the Conservatory. Furthermore, the partners that hosted the one-day conference are discussing the possibility to turn My Music Ability into a bi-annual event. By combining these different initiatives, we hope to push inclusive music education in the Netherlands forward. 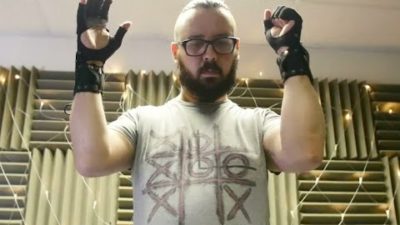