Providing access to disabled audiences means so much more than just ensuring they can get into the building. This short film commissioned by the British Council explores two ingenious approaches by organisations from different sections of the UK’s galleries and museums ecology, Tate and Attenborough Arts Centre, demonstrating that with creative and inclusive thinking, any organisation can improve its access offer.

Audio description has been integrated as best as possible into this film. See below for a transcript with further visual cues.

Transcript and visual description of the film

The film opens with Marcus Dickey Horley, Curator of Public Programmes at Tate Modern and Tate Britain guiding a visually impaired visitor through Tate Britain, as he says:

‘Neoclassical columns going on to our left and right and then we’re going forward into one of the most popular rooms, which is the 1840s gallery.’

Camera pans through visitors exploring the building, before settling on Marcus himself, talking to camera:

‘Here at Tate we hold Britain’s collection of British and 20th Century art for the nation to enjoy and so it’s our responsibility to ensure that everybody gets the chance to experience it.’

‘The Attenborough Arts Centre has a very person-centered approach to how people engage with the arts here.  For us to be truly accessible we have to really listen to our local community and other audiences that come to us, to make sure what we’re doing is for them and it’s not about ticking a box, it’s actually a meaningful engagement.’

Camera cuts to a shot of Tate Britain viewed from the outside, before returning to Marcus talking to camera:

‘We’ve got four Tate sites and across all the sites we ensure that access to the building is as complete as possible but of course once people are inside the building we need to think about how our visitors are able to engage with the collection, intellectual access if you like.’

Camera follows Marcus and visually impaired visitor, Robin Tew as they embark on a touch tour, feeling a sculpture of a man wrestling a snake with white gloves on:

Marcus: ‘The sculpture we are going to explore this morning is by Frederic Leighton and it’s called An Athlete Wrestling with a Python.’

Marcus (off camera): ‘With our touch tours for individuals or very small groups it’s an opportunity for a visitor to have an in-depth conversation with somebody who works at Tate about a range of artworks which are being described.’

Robin is touching the sculpture, talking as he does so:

‘You can really tell the difference between veins and sinews because the veins just don’t follow the same pattern.  I love the way you get the python’s body against his arm, like that.

It feels like quite a straight nose.  We used to call that an Attic profile, that’s quite a Greek nose isn’t it?’

Marcus: ‘Yes. Just there in his shoulder, can you feel that very very deep dimple?’

Robin: ‘A dimple?  I was going to use the word dimple. Yes, that’s exactly what it is.’

Robin stands by the sculpture and talks to camera:

‘Usually we get things described to us, someone else looks at them and says this is what is happening here. This is a man wrestling with a snake and we can talk about the way the snake’s glaring at him but touching the snake’s face at the same time as his face and seeing that happening in my mind directly, that’s really special.’

Camera cuts between Marcus talking to camera and a British Sign Language guided tour going on at Tate Britain, as he explains:

‘Tate has an Access Advisory Group who are a board of disabled people who advise us on our processes and practices, so that when we’re creating a new initiative we’re making sure that we are engaging with people with experience of having access needs, so that disabled visitors are included at the very start and at the planning stage of any project we run.’

Camera cuts to the outside of Attenborough Arts Centre. Then we go inside to see a group of young disabled people looking around the exhibition.

Marianne (off camera): ‘We are in Gallery One in Attenborough Arts Centre and we’ve had some groups in today who have been having a tactile tour of the exhibition.’

‘What can you see?

Camera cuts to a suitcase full of objects such as a camera, magnifying glass and a paper mask, before panning around the exhibition to see young people using items from within the suitcase.

Marianne (off camera): ‘The Sensory Suitcases enable people who might not learn in a linear way to engage with themes in the exhibition, whether that be abstract themes or very direct themes around colour, texture, form, light.  So we have some film in there so people can touch that and see the progression from a camera to film to a print.  We have some frames that people can look through and mirrors. We have torches and magnifying glasses and we’re really thinking about how they can engage with the exhibitions in a very tactile and sensory way.’

Camera cycles through footage of a group of people, including several wheelchair users, taking part in a sculpture class then to Michaela Butter, Director of Attenborough Arts centre, talking to camera:

‘There’s still far too many sectors of our communities that feel for whatever reason that the arts are not for them, that they’re excluded. So one of the reasons why we started to have an education and outreach team was to encourage those people to feel that they can access the arts and that there is something really pleasurable about doing so.’

‘In the last seven years we’ve grown our audiences from 25,000 to over 109,000. I think that reflects the interest in the work and the repeat visits that we will get from people who understand that we are trying to break down barriers, we’re trying to create opportunities for dialogue and discussion.’

Camera cuts back to Marcus showing another visually impaired visitor around Tate Britain on a touch tour and flits periodically back to him talking to camera:

‘I think that Tate has a very inclusive philosophy towards its public and that’s having a cultural influence throughout all of Tate’s strands, departments and activities. So that I’m seeing that more and more, access is not owned by Visitor Experience or Learning, access is being incorporated into so many different projects and activities throughout the gallery.’ 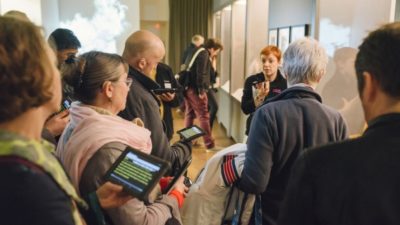 The possibilities of captioning and live subtitles 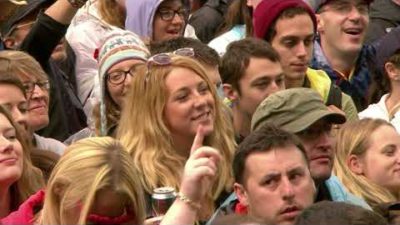 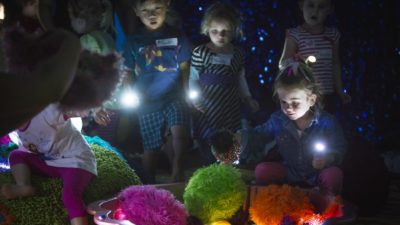