For every Unlimited Festival, British Council brings dozens of delegates from all over the world to witness its grand spectacle for themselves in order to foster new thinking and international collaboration around disability and the arts across the globe. To that end, Disability Arts International decided to get the views of one of the five Canadian delegates on their experience of Unlimited.

Cheryl Blackman is Assistant Vice-President, Audience Development at the Royal Ontario Museum, where she is responsible for audience evaluation, access and community engagement. Blackman’s visit to the Unlimited Festivals at Southbank Centre and Tramway was part of an intensive training programme that herself and four counterparts from other major arts institutions in Ontario have undertaken in order to make them ‘Access Activators’. The programme grew out of a Relaxed Performances training initiative developed in partnership with the UK’s Include Arts.

Clearly, the Unlimited festivals were being touted as examples of best practice in terms of accessibility. Blackman was impressed by the access options at both festivals and found something to take away for her own institution.

“I found the access very comparable to what we offer at Royal Ontario Museum. However, the Sennheiser assistive listening devices were something we had not used and should. I will be investigating this going forward.”

As anyone who works in the arts or within a public venue will know, access is something you can never get 100% right for 100% of people. So where were the particular areas for improvement at Unlimited?

“Consideration must be given to climate controls in performance space as there were some nights when this was a challenge. Also, I would suggest for the work which was not performance based, do tours of the building so that these installations are not overlooked”

Of course, access is only a small part of the story, what Unlimited is truly about is artistic excellence and showcasing the untapped talent of disabled artists.

“I was moved on so many occasions by the thoughtfulness of the works on mediums ranging from performance art to canvas. My favourite moments included: Liz Carr’s Assisted Suicide: the Musical, which was brilliant; The Way You Look (at me) Tonight with Claire Cunningham and Jess Curtis was so engaging and immersive for the audience; Saturday night is variety night just had so much amazing talent. I could go on but I will stop because it was awesome, welcoming and collaborative on so many levels.”

An increasingly international outlook from both the Unlimited commissioning programme (administered by Shape and Artsadmin) and the festivals hosted by Southbank and Tramway has been notable in 2016.  Blackman also picked up on this.

“I clearly witnessed a cross-pollination of work and artists from different scenes and across the world. I think artists, advocates and allies must be proactive about communicating and sharing their work beyond their comfort zones so that the work moves away from being perceived as niche. Funders can also help by insisting that mainstream arts organisations receive funding based on demonstrating engagement with diverse artistic communities.”

Naturally, not only do art scenes vary from country to country but also attitudes towards disability are wildly divergent. So how does Canada compare to the UK?

“The UK arts scene is such a beacon for demonstrating what is possible when people with all abilities are supported in expressing their artistic gifts. There are film and arts and culture festivals popping up across Canada, however the geography of our country makes it challenging to hear about these events in a timely way.

There is an appetite for something like Unlimited in Canada, and there are conversations happening at Arts Councils, and in the grassroots spaces. Mainstream (for lack of a better word) organisations are also beginning the conversation. We need a cultural Olympiad of our own though to galvanize our efforts.”

The whole experience of coming to the Unlimited festivals was evidently illuminating for Blackman and she has one take-home message to share:

“Unlimited proves to anyone who feels that there may not be broad appeal or interest in disability arts, there absolutely is and funded spaces should feel an obligation and see the opportunity to build these audiences.” 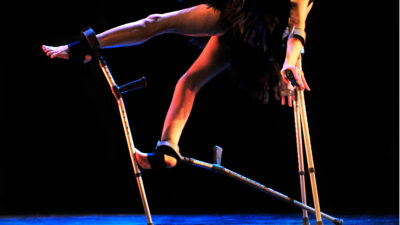 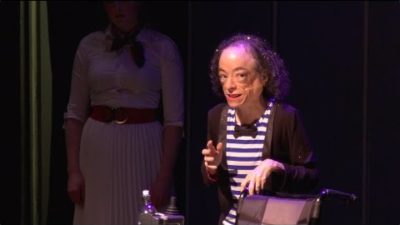 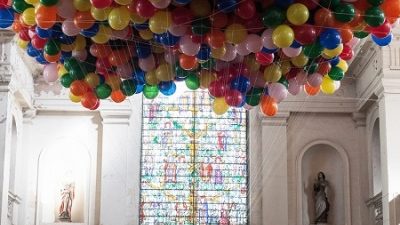